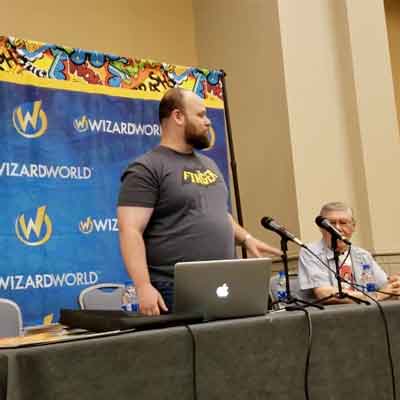 On Sunday, June 16th I delivered a visual comic lecture entitled “Israel Pride In American Comics” at Wizard World Philadelphia 2019. This is my third time presenting at the annual comic and pop culture convention, which took place at the Pennsylvania Convention Center in Philadelphia. 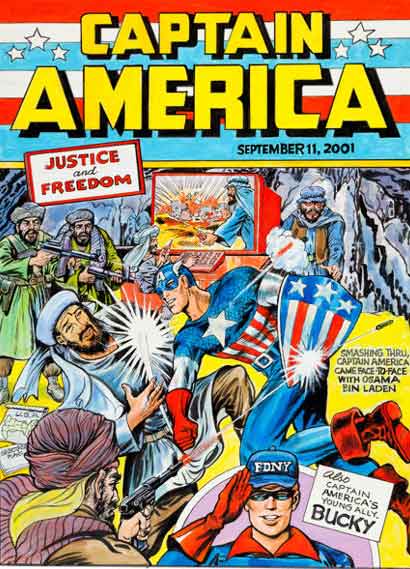 Major themes in the lecture focussed on Israel Pride through American comic creators and how they portrayed Israel to the general comic reading public in America. This includes discussing World War II in Comics both during the historical event as well as in the 1970’s, and how the focus shifted to include the Holocaust. The lecture also touched on American Comics portrayal of Terrorism in general and the Israel-Palestinian conflict from 1970’s to current. The third aspect included a look at Israel Super Heroes published by Marvel, DC and Independent comic book creators like Al Wiesner’s Shaloman.

The video includes some highlights of the 40 minute lecture. 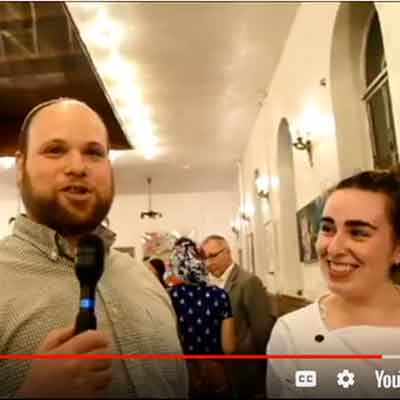 The UJA-Federation of New York is hosting JOMIX: Jewish Comic, Art and Derivation curated by Joel Silverstein and Richard McBee. The exhibition includes comic book art or comic inspired artwork from over twenty artists. On loan for the duration of the exhibition is the original colored cover artwork to Saga of Shaloman # 06 by Al Wiesner.

From the JOMIX Press Release: “From the invention of Superman by Jerry Siegel and Joe Schuster, to the graphic novel Maus by Art Spiegelman, Jewish artists and writers have served an essential and indispensable role in the comics and graphic novel industry. This exhibition boasts a roster of cutting edge creators, reinvestigating traditional genres like superhero, political satire, romance, horror, science fiction and confessionals through a Jewish lens. Join us for a look at how these contemporary Jewish artists use the comics medium as a way to express and address their own Jewish identity and cultural experience while also examining the complex relationship of art, identity and culture within the Jewish community at large.”

Al Wiesner, creator of Shaloman, Sketches For the Troops

On Sunday, January 11, 2015, Al Wiesner, creator of Shaloman, sat down with 111th Family Readiness Group stationed at the Willow Grove Naval Air-Force Base.

This is an annual event that Wiesner participates in every year to support active duty personel. Wiesner, a Naval Air Force veteran, is proud to participate in the annual event.

Explore the secret Jewish origin of the comic book industry, its themes and myths.

Joshua H. Stulman has been fascinated with superhero comics since the age of six when his father purchased Shaloman # 01 for him.Since then he has immersed himself in the history of comics beginning with the early adventures of Superman, Batman, and Captain America. Stulman’s comic book collection now numbers in the thousands and is a continuing source of artistic inspiration to him.

In 2007, in the aftermath of the Second Lebanese War, Stulman created the superhero Magen, the shield of Israel. Stulman returned to the character twice before finally publishing the first issue of Israeli Defense Comics in the spring of 2012. The second issue of IDC features the Golem story re-imagined in modern time.