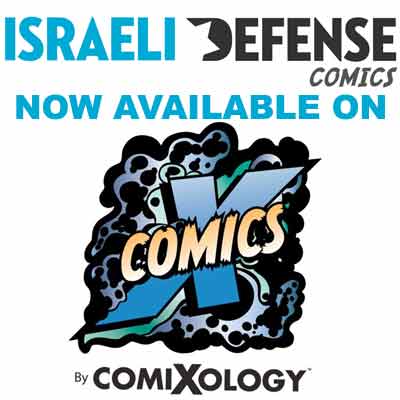 We are very proud to announce that Israeli Defense Comics is now available as a Digital Comic on Comixology! 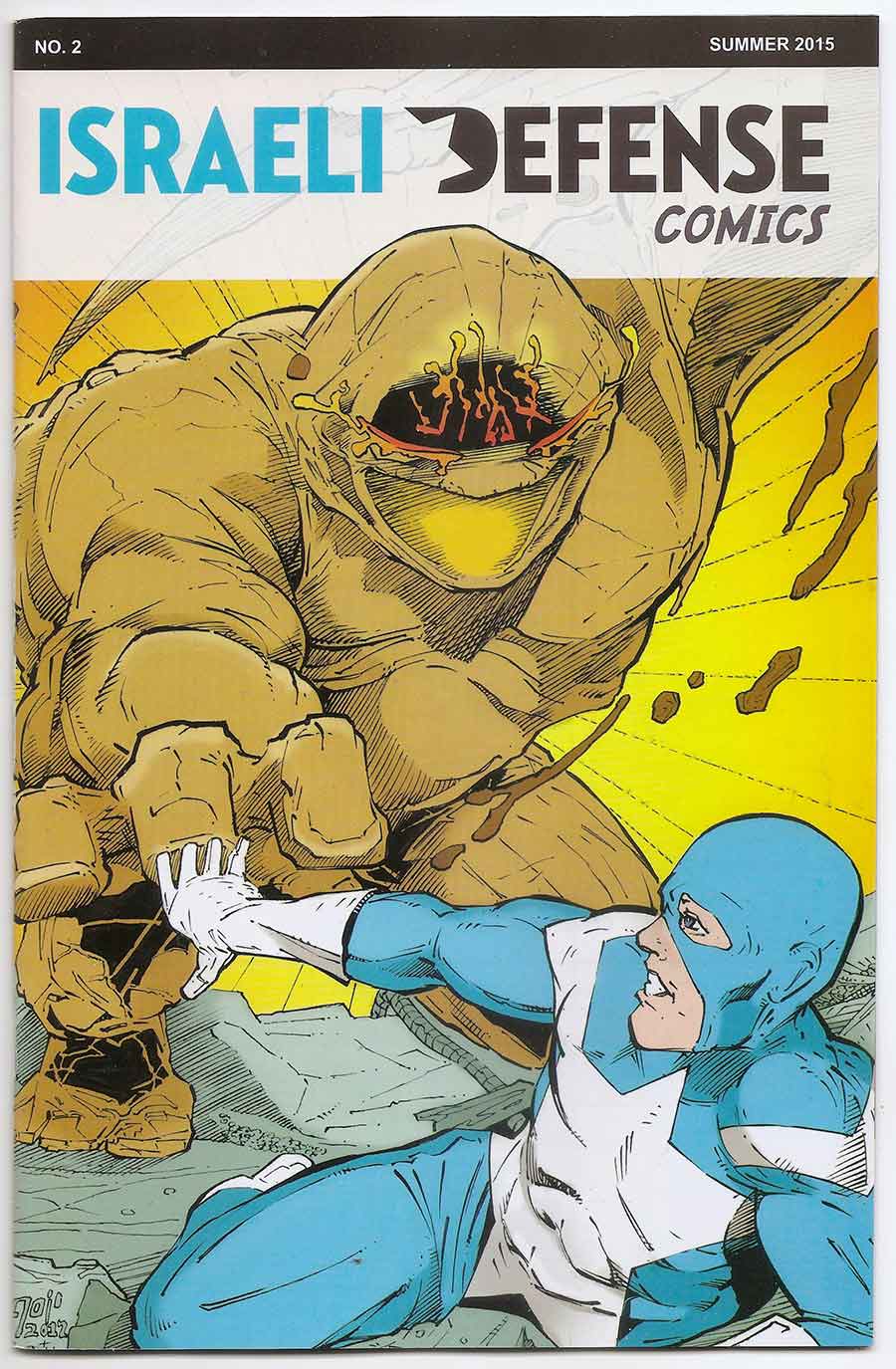 Our first book available on Comixology will be Israeli Defense Comics #2.

Israeli Defense Comics # 02 features the Golem-myth reimagined in modern day Israel. The story begins with a mortar attack on the Israeli town of Tsderot. Our hero, Magen, arrives to help, and rescues a Rabbi from a collapsing Yeshiva. While recovering in the hospital, the Rabbi instructs his student to create the Golem to protect the city and Israel. But something is wrong and the Golem cannot be contained. Magen must find a way to defeat the Golem before the mystical clay monster does more harm than good. 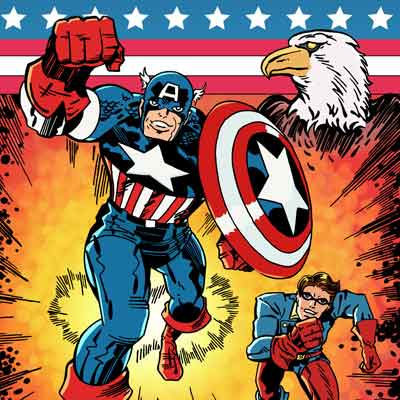 Happy 4th of July! And what better way to celebrate the birth of the nation then to reveal a NEW Jack Kirby exclusive comic art print! 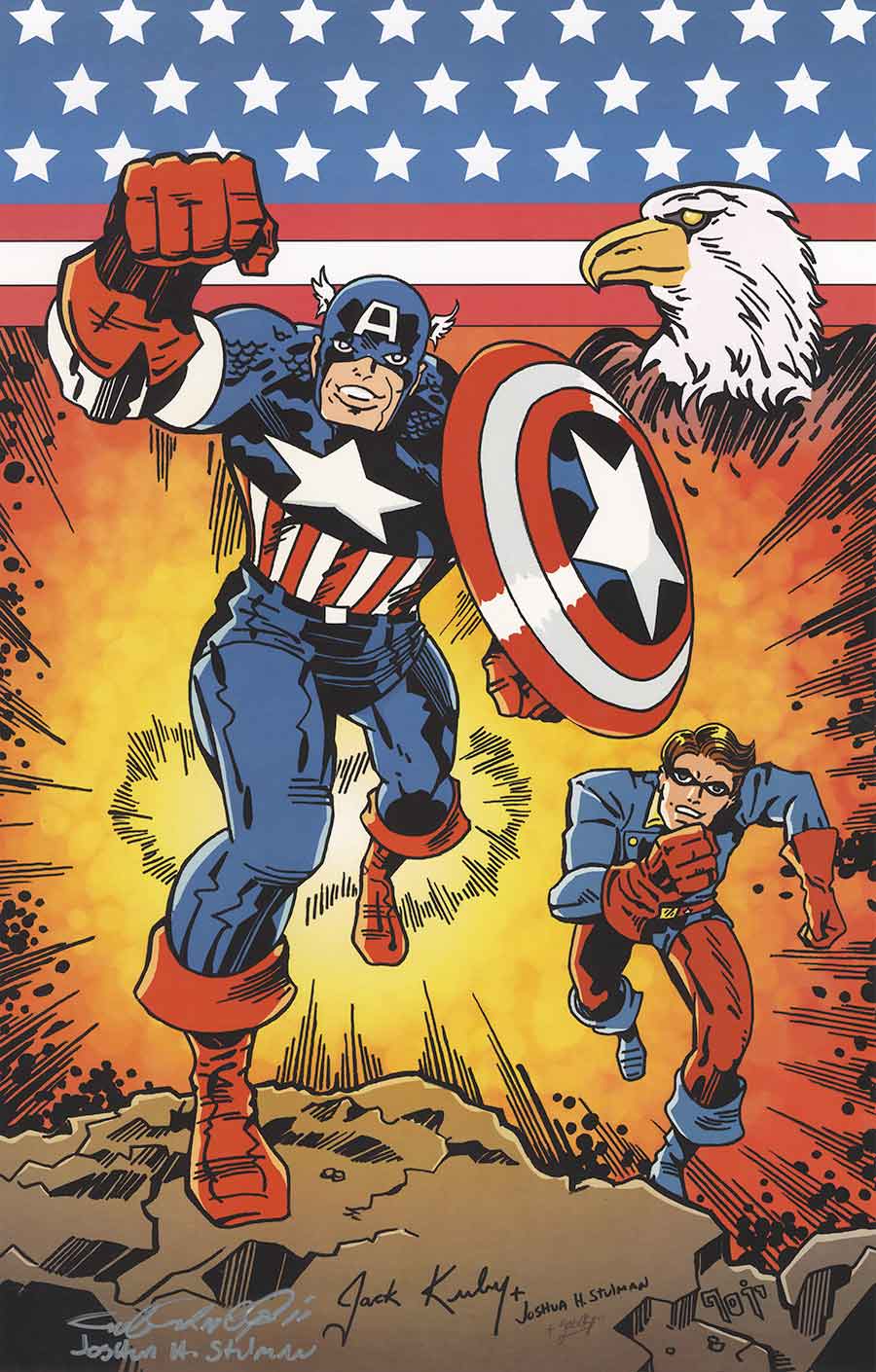 “American Patriots” features the classic Captain America and Bucky team up. The piece is based on the 1991 Captain America 5oth Anniversary pencil lithograph by Jack Kirby and has been re-drawn and finished by Joshua H. Stulman.

The original Jack Kirby pencils have gone through a complete transformation! Kirby’s original was never inked and lacked the power of his full illustrations. To help complete this illustration, I went back into the original Kirby pencils and inked the drawing at a larger size (11″ x 17″) but I also made many important changes to the sketch. These included repositioning his fist and knee as well as adding Kirby crackle to the background and adding embellishments to the American Eagle and background. 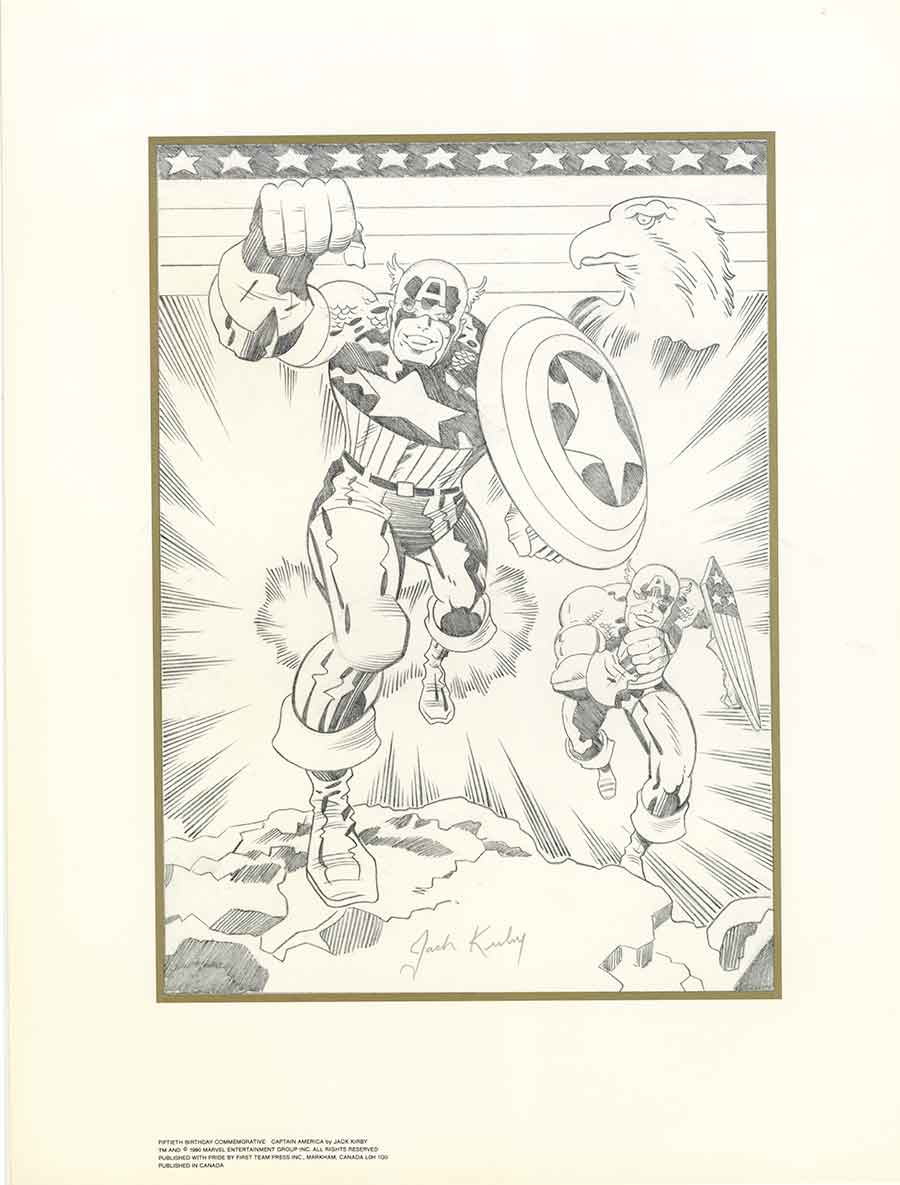 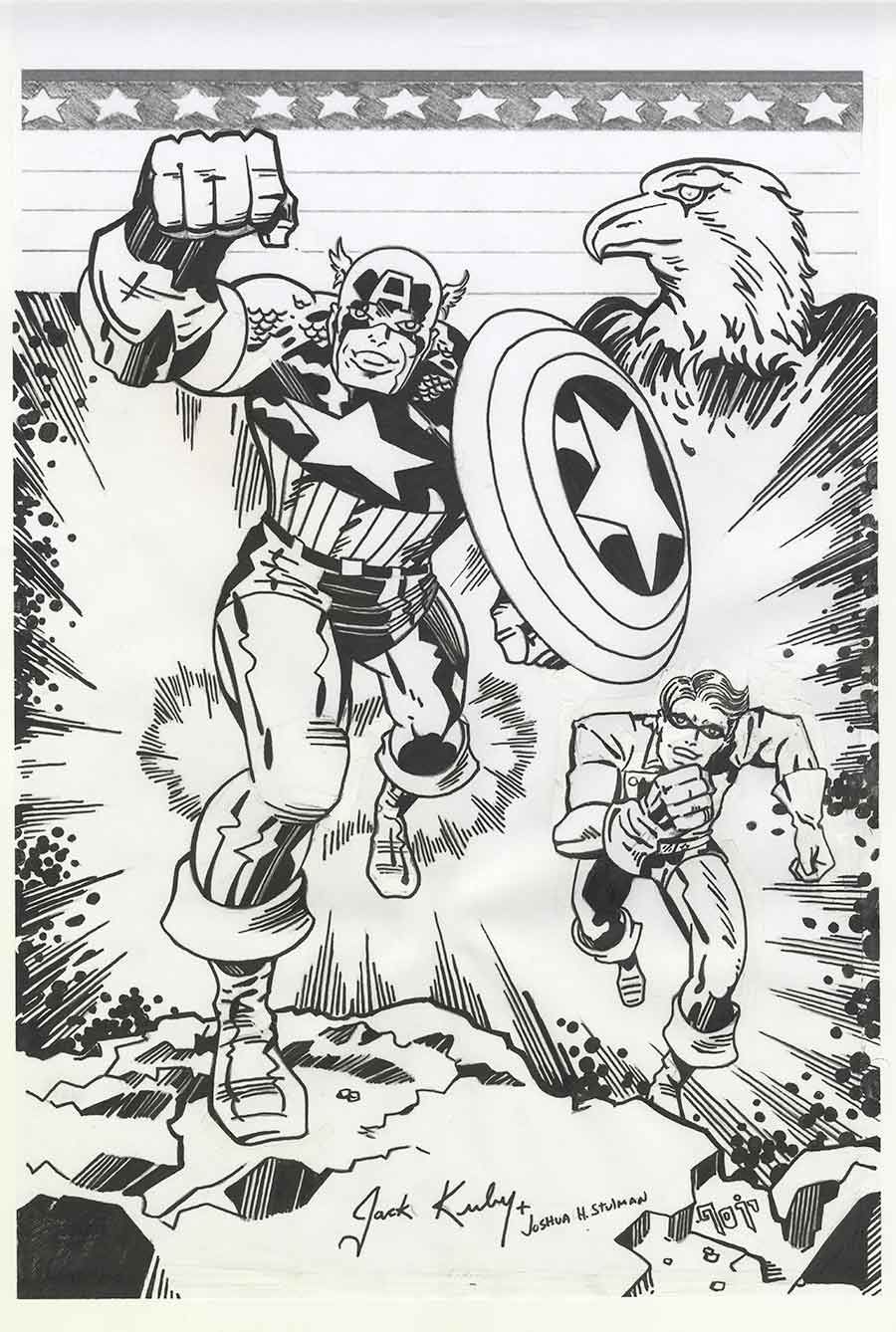 The most significant aspect to American Patriots is the addition of Captain America’s sidekick, Bucky! The original artwork had a smaller Captain America in the background meant to symbolize the 1941 original version of the character. It just seemed odd to have two Captain America’s in the illustration and I thought it would be more appropriate to include his famous side-kick to complete the retro-image.

I drew Bucky based on Kirby’s artstyle from the 1970’s. I kept the same overall pose, but completely re-drew the figure and face to be smaller and closer to Kirby’s style.

Colors for the print were done by Gaby Contreras. She did an excellent job basing the colors on Kirby’s 1976 Bicentennial Capatain America Treasury Edition. 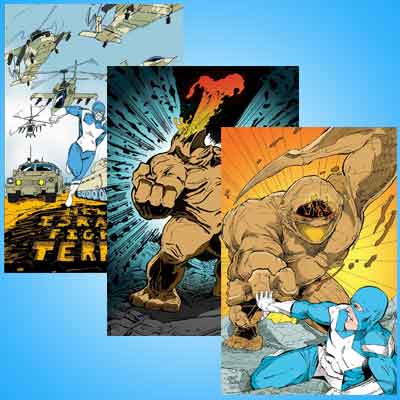 Each Comic Art Print has been Hand Signed by Magen creator and artist, Joshua H. Stulman and comes with a signed Certificate Of Authenticity C.O.A. 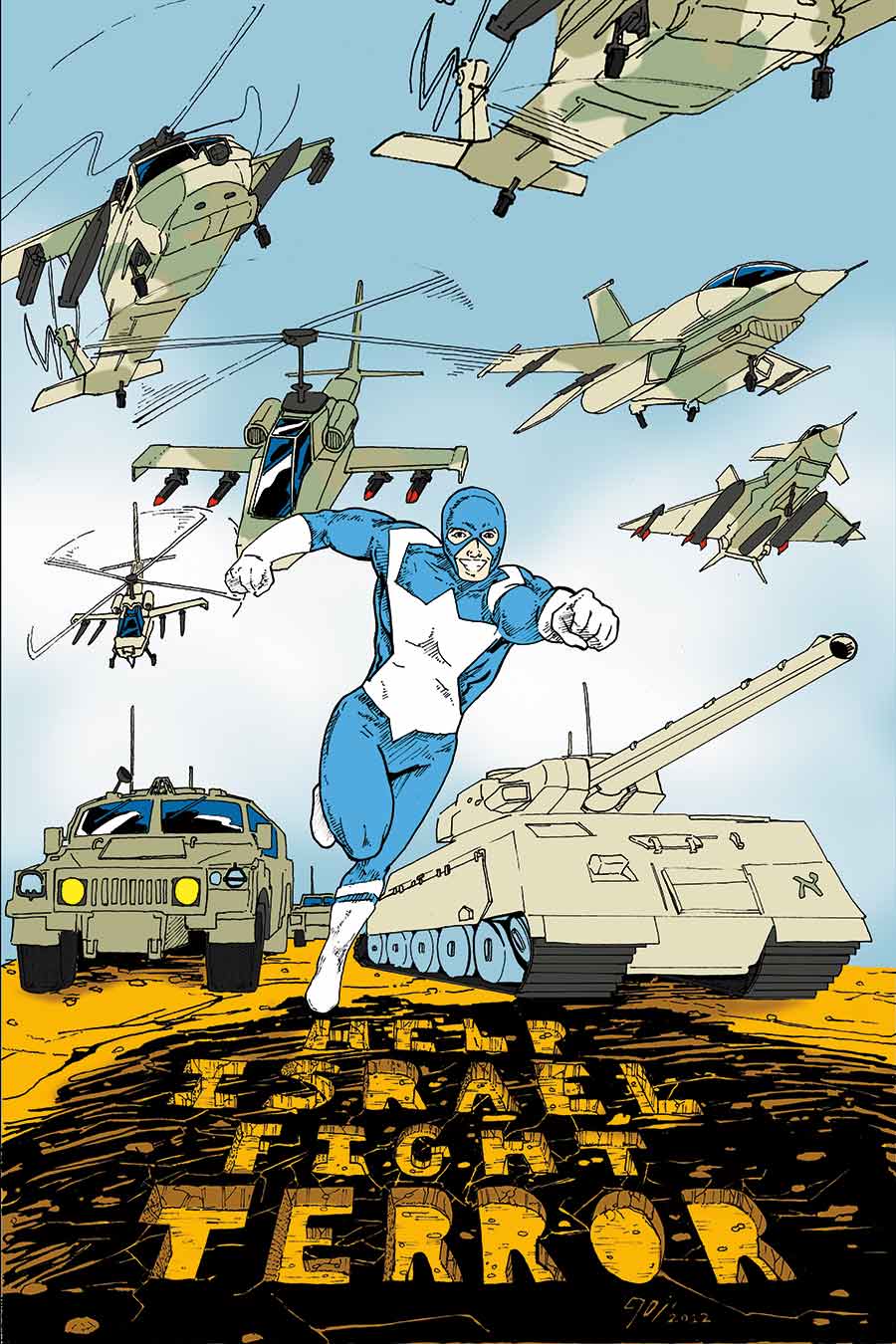 1) Help Israel Fight Terror – This artwork was featured on the backcover to Israeli Defense Comics # 1. The artwork was inspired by many of the patriotic posters of World War II and the Golden Age of Comics. 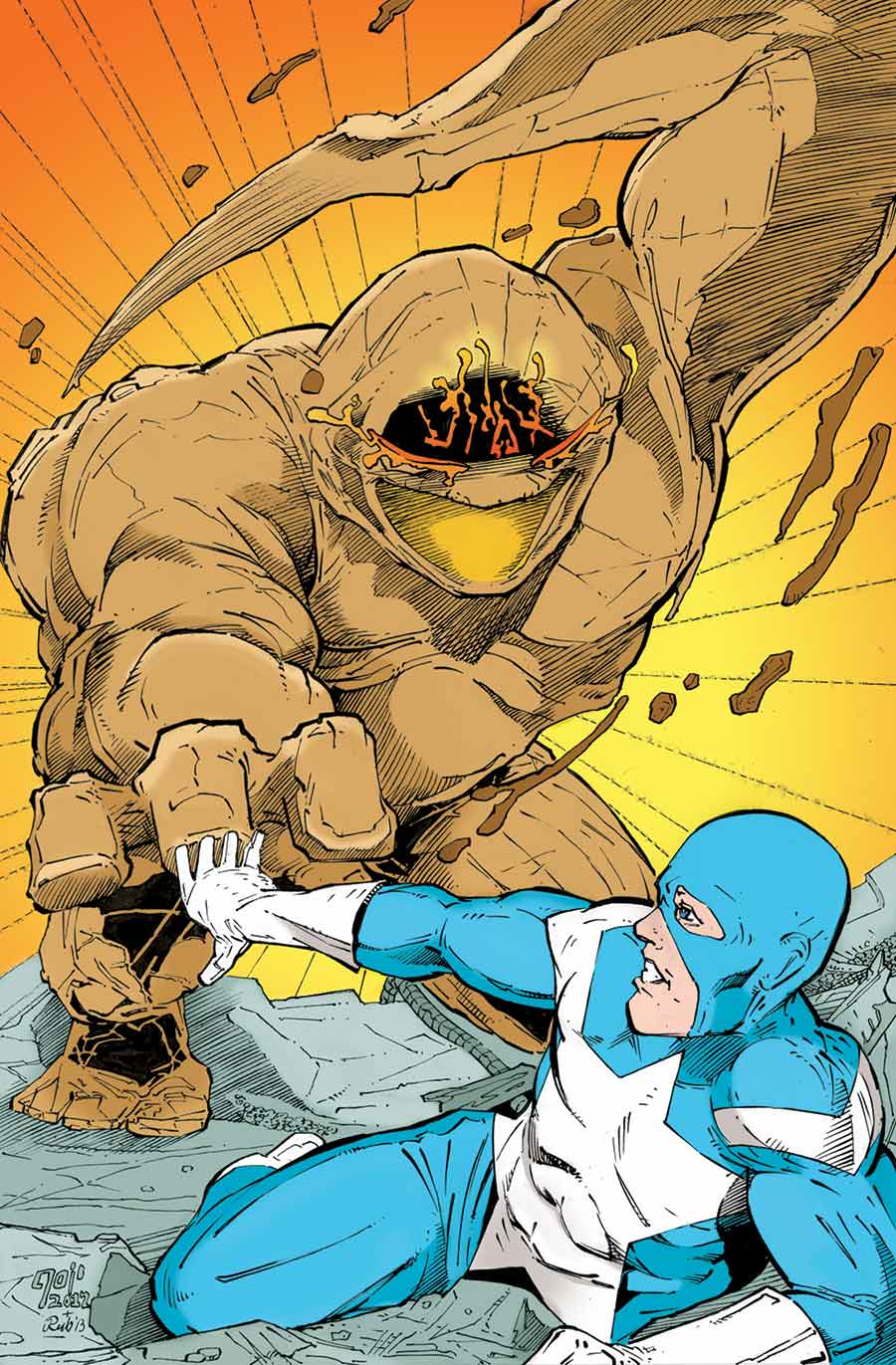 2) Magen Vs. The Golem – This artwork was created by Joshua H. Stulman (Pencils) and Joe Rubinstein (Inks). It premiered as the cover to Israeli Defense Comics # 2. Here Magen: The Shield of Israel is getting a taste of the Golem’s power. 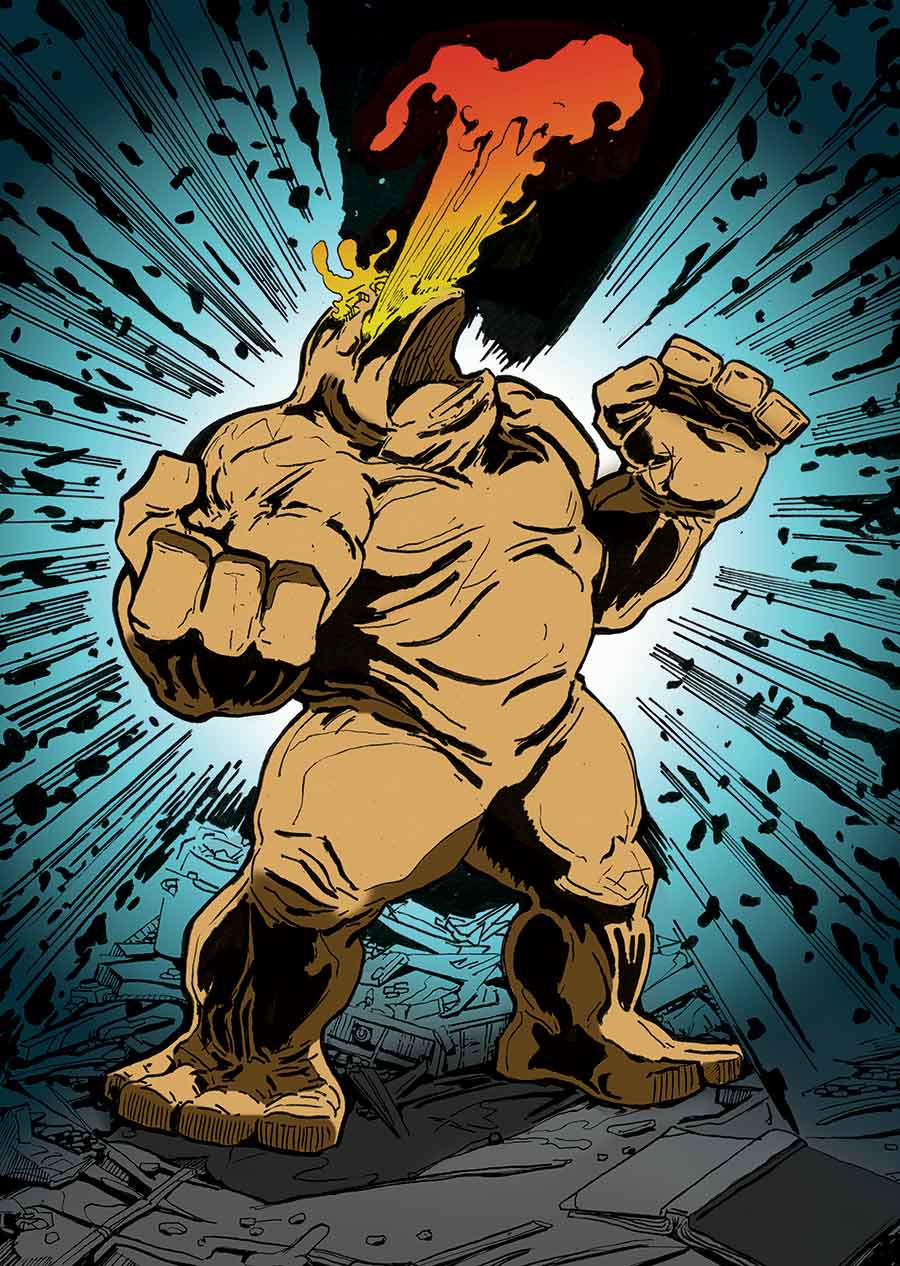 3) Golem Reborn – The Golem Reborn was featured as the backcover to Israeli Defense Comics # 2 and also as the integral splash page revealing the Golem for the first time!