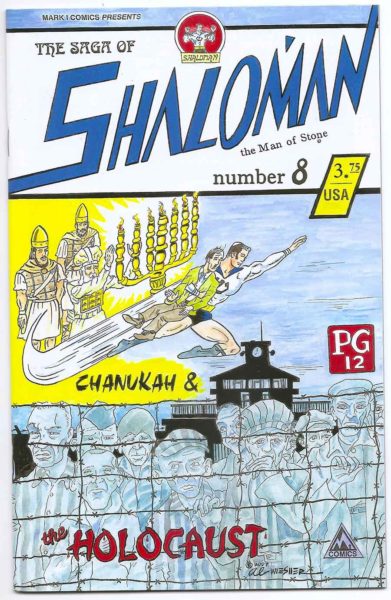 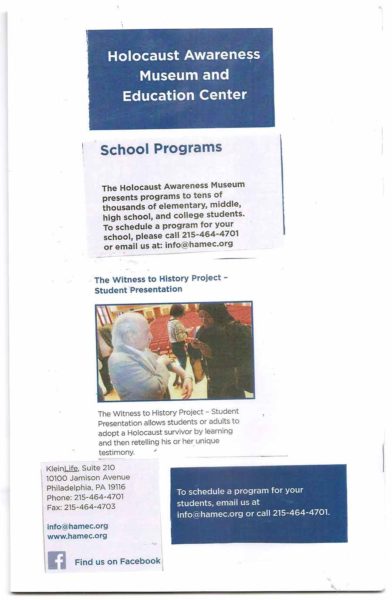 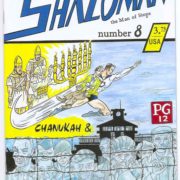 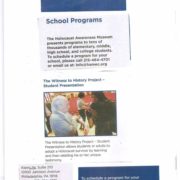 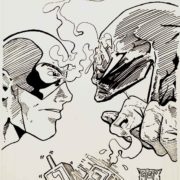 About This Issue: Shaloman encounters a Holocaust denier and takes him back in time to witness the Jewish experience at the Nazi Concentration Camps.

The story was crafted by creator, Al Wiesner, using first hand accounts of Holocaust survivors who were interviewed for the comic story.

About This Issue: Shaloman encounters a Holocaust denier and takes him back in time to witness the Jewish experience at the Nazi Concentration Camps.

The story was crafted by creator, Al Wiesner, using first hand accounts of Holocaust survivors who were interviewed for the comic story.

The Saga of Shaloman is the fourth series to feature Shaloman, the first independently published Jewish Superhero in America.

There are a few important things to keep in mind when returning a product you purchased.You can return unwanted items by post within 7 working days of receipt of your goods.

Ship your item back to Us

Firstly Print and return this Returns Form to:

30 South Park Avenue, San Francisco, CA 94108, USA
Please remember to ensure that the item you are returning is repackaged with all elements.

For more information, view our full Returns and Exchanges information. 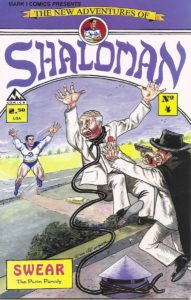 The New Adventures of Shaloman (Vol. 2, 1991 series) # 04
Dr. Traif returns from his time traveling schemes in time learn of the holiday of Purim. But this isn’t the regular version of the Purim story you are used. Introducing SWEAR: The Purim Parody- a rock music re-telling of Purim. Featuring Aches a.ka Swear (rock star), Essie (singing contestant), Mordy, Hammand (the scheming music agent) and Shaloman!
$5.99
Add to cart 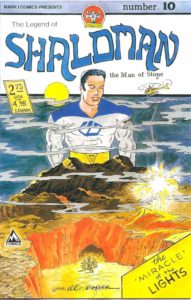 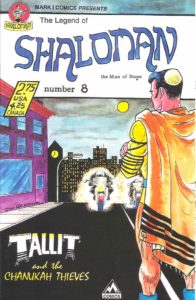 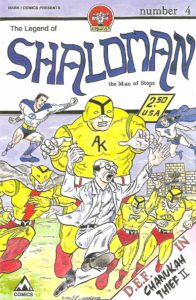 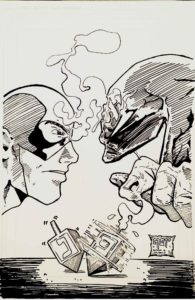 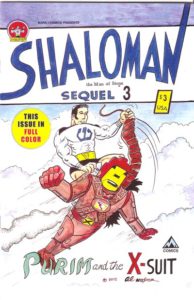 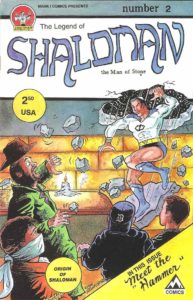 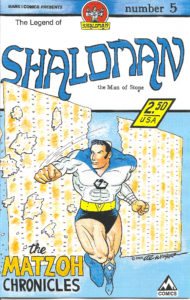 The Legend Of Shaloman (Vol. 3, 1998 series) # 05
"The Matzoh Chronicles" Mr. Krumm and his gang of runaway thieves plan to heist all the matzoah from the town of Kutzi Petrik. Krumm sends his ransom demands to the town. When his plans and secret hideout are discovered by a local, it forces Krumm to put his evil plan into affect. Can Shaloman save the town's matzoah from being destroyed? What other secret does Mr. Krumm hold? This issue features two additional back up stories: "The Destruction of HMZ" and "The Affordible Afikomen."
$4.99
Add to cart 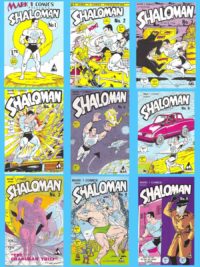 Shaloman (vol. 1, 1988 series) Complete Series Set (9 Comics)
The first volume of Shaloman comics was released from 1988 to 1991 and totaled 9 full length comics! Al Wiesner created Jewish Super Hero stories that explored Jewish Holidays, Science Fiction Time Travel, Spy Thrillers, and much more. Included in this set are Shaloman # 1-9. Shaloman # 1 is the signed limited edition by Shaloman creator, Al Wiesner and comes with a Certificate Of Authenticity COA! Savings of over 20% off retail value!
$79.99
Add to cart 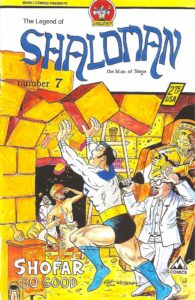 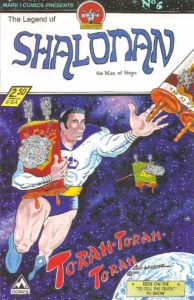 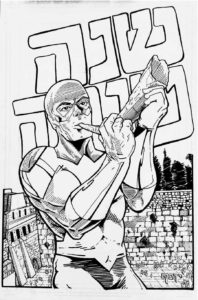 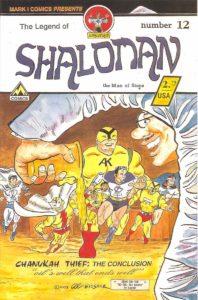 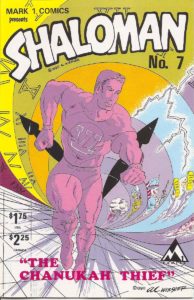 Shaloman (vol. 1, 1988 series) # 07
Dr. Traif returns with his most evil scheme of all. He plans to travel back in time to wipe out the holiday of Chanukah! Hot on his trail is the American secret agent, Barry Syx. Can Agent Cyx and Shaloman save Chanukah in time?
$7.99
Add to cart 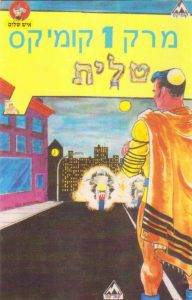 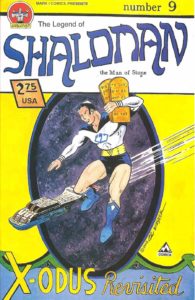 The Legend Of Shaloman (Vol. 3, 1998 series) # 09
“X-odus Revisited” Seph, a space traveler, crash lands on the planet Jipt and is promptly abducted by Faro. He uses his skills as an interpreter to translate Faro's dreams and earns his freedom. Seph brings his entire family, known as Srolites, to Jipt. Years pass and Faro has a change of heart and enslaves the Srolites. Shaloman is dispatched by the manifestations of Justice and Wisdom to help the Srolites. On Jipt, Shaloman teams with Moze to free the Srolites from the tyrannical grip of the mad Faro.
$4.99
Read more
© 2018 Israeli Defense Comics All Rights Reserved