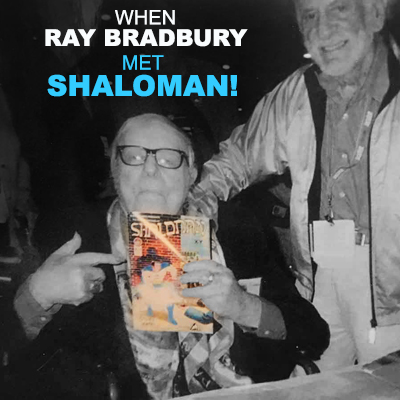 What a great surprise when Ray Bradbury lifted up a copy of Shaloman and said “take a picture of this!” It was San Diego Comic Con 2010 and Shaloman creator, Al Wiesner, was being honored with the prestigious SDCC Ink Pot Award. 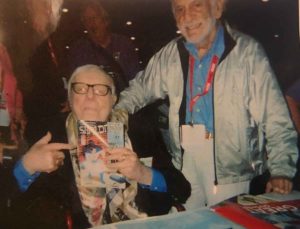 “Ray came over to speak with Jerry Robinson [co-creator of the Joker and Robin] who had a booth next to mine and the three of us were talking…” remembers Al Wiesner.

“I introduced him to my science fiction book.” said Wiesner. “ Looking at a copy of The New Adventures of Shaloman XY (a time travel story) Bradbury replied, “It’s the one thing you can’t do. Go into the past and affect something that will change the future.” 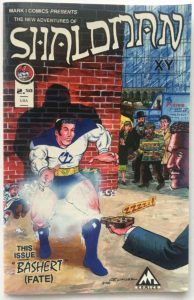 “So I gave him the book and he smiled and held it up to his face.” said Wiesner. “Take a picture of this” Bradbury said, giving his nod of approval. 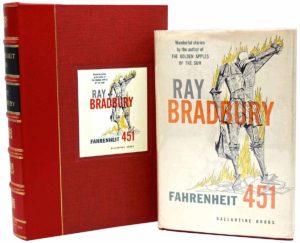 The impromptu meeting with Ray Bradbury was a great surprise for Al Wiesner, who had read many of Bradbury’s science fiction works in the 1950’s. Ray Bradbury is best known for his books “Fahrenheit 451” and “The Martian Chronicles.” In comic circles, Bradbury’s work was often adapted to comic format appearing in “Tales From The Crypt,” “Weird Science,” and “Crime Suspenstories” by EC Comics during the late Golden Age period of the mid 1950’s. 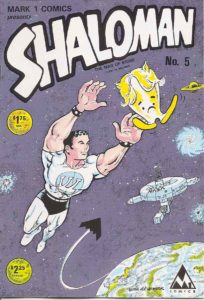 Through the course of nearly 45 adventures that Wiesner created with Shaloman, he’s touched upon every genre, from spy thrillers, humor, history and of course science fiction adventure. Al Wiesner has published a number of Shaloman adventures that mix science fiction with his brand of Yiddishkeit (“Jewishness”). He even parodied Ray Bradbury with his story “Matzoah Chronicles” from The Legend of Shaloman # 5.

For the time travel story in New Adventures of Shaloman XY, Wiesner describes, “In this issue it says ‘Basheret’ which means fate. There is a ray gun shooting at Shaloman against a brick wall… I borrowed an air brush from Reggie Byers, [a fellow comic book artist from Philadelphia] for the effect.” Wiesner was always keen to include small personal details from his life, “The picture on the truck [in the background] says ‘Acme Uniforms’ which was my brother in Law’s, Murray Eckstein’s uniform business.”

The New Adventures of Shaloman XY should have been #6 in the series but instead, Wiesner explains, “I didin’t give it a number. Instead I called it XY, which stands for “Extra Yiddish.” 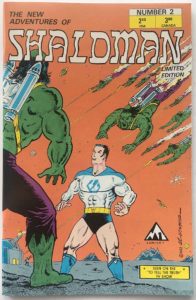 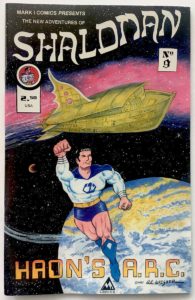 Wiesner continued to infuse his books with “Golden Age” influenced science fiction. In The New Adventures of Shaloman # 2, Shaloman and NASA explorers are caught in a civil war between the Chasidiaks and the Grivenus, which looks surprisingly like Marvel’s Hulk with Rocketeer jet packs. In New Adventures of Shaloman # 9, the story “Haon’s A.R.C” (Noah’s Ark) is a futuristic environmental story based on elements from the film, Total Recall. 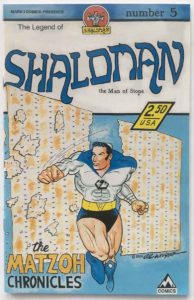 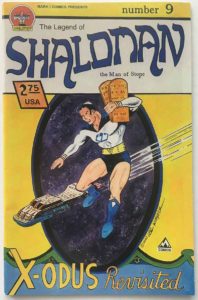 In Shaloman’s third series, The Legend Of Shaloman, Wiesner continues his “Jewish” science fiction themes with LOS # 5, “The Matzoh Chronicles” which contains a futuristic story extortion plot to mass pollute a new cleaned Earth. In LOS #9, Al Wiesner pays homage to the cover of Superman # 1 from 1939 during a retelling of the Passover story set in the future.

We’ve assembled a great set of five Shaloman comics that give you a “kosher” taste of Wiesner’s unique brand of Jewish Super-Hero.