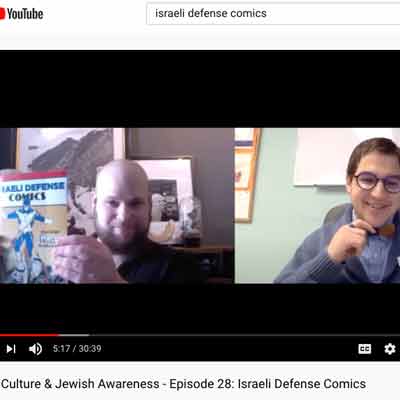 This past August, Dustin Hausner, the Jewish Outreach and Program Director at the Wayne YMCA sat down with Joshua H. Stulman, Creator and Artist, Israeli Defense Comics.

Hausner’s series of interviews address all areas of Jewish Culture and Religion with exciting speakers working in their respective field.

The interview covers Joshua H. Stulman’s founding of Israeli Defense Comics, as well as the creation of the superhero Magen: The Shield of Israel. Stulman also speaks about the history of Jewish Superhero in Marvel and DC Comics as well as the independently published Shaloman Comic series by Al Wiesner who helped inspire his work.

CHECK OUT THE FULL INTERVIEW BELOW